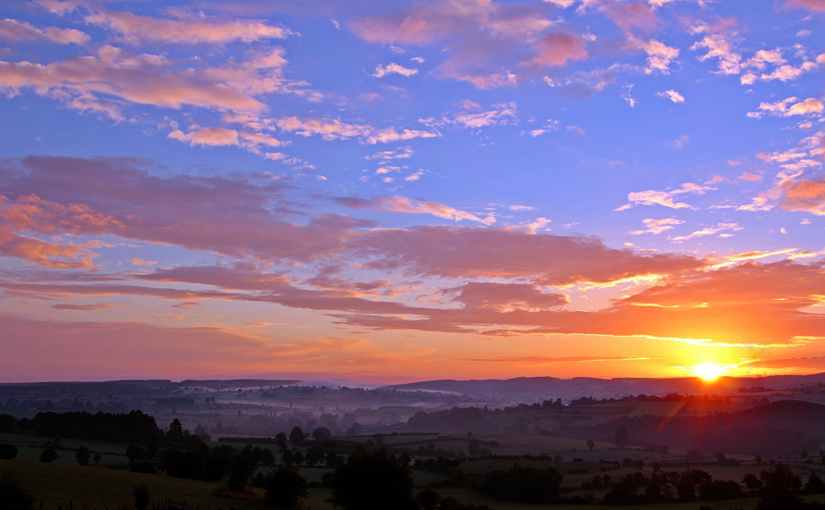 By the time December rolls around in New England, where I live, the days are just a scant nine hours long. Although I’ve lived here my entire life, the prolonged hours of darkness are always hard to get used to. Dawn doesn’t break until 7 a.m. The shadow of the yew tree outside my office window starts growing long around 3:15, with the sun setting completely by 4.

I often have trouble getting out of bed in the morning. And even though we live in an era when we can shine light anywhere we want at any time, the shortened days make it difficult for me to get work done. I’ve barely digested my lunch by the time dusk begins to fall but the gathering darkness always makes me lose my motivation.

This time of year, I sometimes think about another December day, many years ago when I was 17. I was driving down a residential street in the Boston suburb where I grew up. It was late afternoon. The sun had begun to set, and the holiday lights strewn around people’s shrubs and trees were flickering to life.

At that moment, for the first time in my life, I understood why the lights were there. They had nothing to do with Christmas or Hanukah or any other early winter holiday, not really. People spent hours stringing colored lights around their homes and yards, willingly jacking up their electric bills, to ward off the darkness.

Our ongoing quest to illuminate December’s long nights is ancient and universal. More than anything else, we are creatures of the light.

People around the world have celebrated the returning of the sun on the winter solstice for millennia. Stone circles in Ireland, Wales, Britain, and Scotland are aligned to capture the first of the sun’s rays on the northern hemisphere’s shortest day.

On the solstice, the ancient Romans celebrated Saturn, the god of agriculture, with the feast of Saturnalia, a term that even today remains synonymous with debauched partying.

These days, our winter solstice celebrations live on in often unexpected ways. On December 13, people in northern Europe celebrate Saint Lucia Day. Marking the beginning of the Christmas season, processions of young women wear wreaths of candles on their heads, lighting the way through winter’s darkness.

The Dongzhi Festival, celebrated on the winter solstice in China, Taiwan, Korea, Japan, and Vietnam, marks the return of proper balance to the world along with the sun’s yang energy.

I’m also anticipating the return of the light. Luckily, I’ll only have to wait a few more weeks. In the meantime, I’ll end my workdays early and enjoy my family by the glow of our Christmas tree and the electric candles brightening the windows in our old house.

Writer, Editor and Author View all posts by emilienoelle